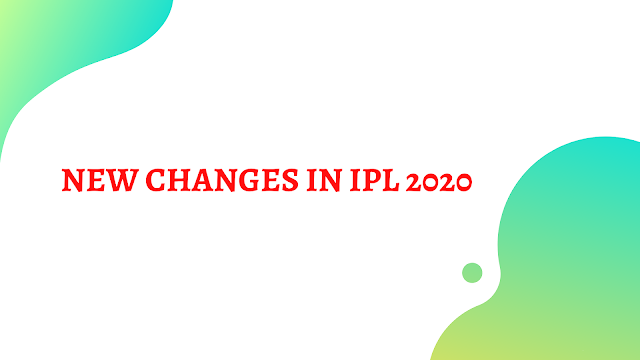 Last year in IPL 2019 we saw there were many incidences where there were bad umpiring decisions occurred,
Like many no-balls were counted as balls,

IPL 2020 may have a special umpire just to check no-balls, for the fair game. the idea was raised and accepted at the meeting of the IPL Governing Council, chaired by former India batsman Brijesh Patel, at the BCCI headquarters on November 5.

Last Year even captain Cool Ms. Dhoni stepped into the ground and have argued for the clarification of no-ball after that he was fined with half of his match fees.
Read this article here

Virat Kohli also spoked about umpiring in the Press conference
Regarding all these issues We may see the new umpire just for checking no balls.

Popular posts from this blog

January 24, 2020
Indian Premier League, IPL 2020 will be the thirteenth edition of the game, every time after auction lots of new changes are seen there is no a set pattern of the prices a player will get maybe the famous players remain sold or get little money, whereas a new player can get whopping prices, so here I came with the list of Top 10 expensive players of IPL 2020.
Note - These are the list of Not retained players of IPL 2020 Click on player name if you want to know about them in detail like their statistics, runs, etc..

1.Pat Cummins: Kolkata Knight Riders (15.50 crores)
Right-Arm Fast Bowler Patrick James Cummins is an Australian international cricketer who is currently the co-vice-captain of the Australia national team in all formats